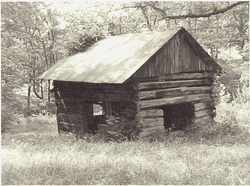 They had one son, John Huffman. (Details below under Generation Number 2: Huffman.)

Every story, every legend contains some truth they say....  I always heard growing up that three brothers came to the United States from the old country, Ireland.  Two settled in the east and one went out west to seek his fortune.  This is partly true.  Three brothers came from Ireland. Two, together and one alone.  All three settled in the east. It wasn't until the fourth generation that a Shahan set forth for the open spaces to the west.

John Huffman [2] and Sarah Ann Goodwin-Huffman
John Huffman  Born January 21st, 1775 in Bedford Co. Pennsylvania and passed on March 19th, 1856 in Monongalia Co., Virginia. John married Sarah Ann Goodwin (prior to 1797) She was born September 02nd, 1773 in Kent Co., Delaware and Passed on June 10th, 1856 in Monongalia Co., Virginia. (They are buried in an old abandoned Cemetery [No markers] on side road between the Pisquah Church and the river on Route 73 in Clinton district of Monongalia County.)

John and Sarah were very hard working industrious people. Sarah carded her own  wool. They say that Sarah was a small wiry woman. A coverlet that Sarah is on display at the Smithsonian Institution.  John and Sarah lived in Masontown, Pa. till around 1797 when they moved to Smithtown, WV. Monongalia County, just south of Morgantown.  They were among the first member of the Goshen Baptist Church, which was organized on August 2nd, 1837.

Huffman family history notes: It seems that both names of Hoffman and Huffman were used. Hoffman is the correct German spelling, but some adopted Huffman as the new American version of their name. Odder yet, the parents would use one spelling and their children the other. 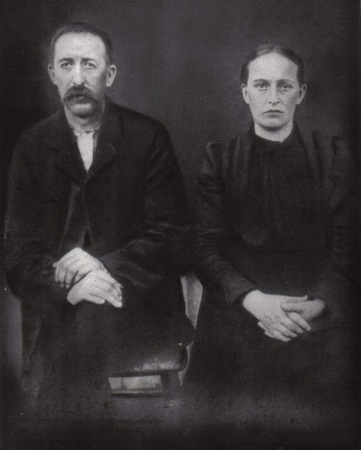 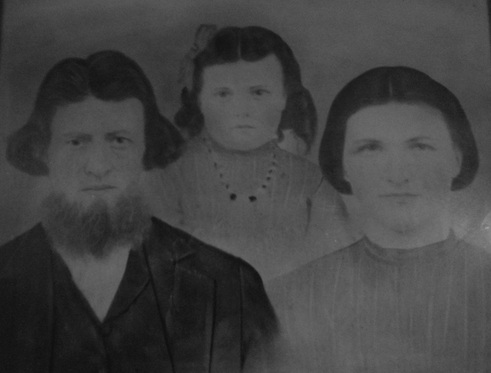 George Washington Shahan and Louisa M. Hoffman (Also spelled Huffman) Married 1851 in Preston County, West Virginia. ( Mrs. Louisa Marion Shahan, aged 49 years, 3 months and 3 days. She was born in Clinton District, Monongalia County; was a consistent member of the M. E. Church for 37 years.)  A second marriage to Mary Martha Mathew (Widow / Born 1836) took place in Preston County, on February 22nd, 1886. They had no children.  But a 1880 census lists David C. W. as "son" and Louisa as a "granddaughter".

George Washington J. Shahan was born; February 28th, 1830 in Preston County, Virginia. Died June 29th, 1891 in Tucker County, West Virginia. Served in the Confederate Army  During The Civil War. George served under the command of General Richard Brooke Garnett. Note: One brother fought for the side of the north and one for the side of the south.  A story told by Benny Shahan (son of David and Martha Roseanna Shahan) that the Union army came to their farm and planned to take their only cow.  George, wanting to protect his family's interest had the soldier on the ground and had the soldier's eye outside of it's socket, when he was convinced by his wife, to let the soldier up, unharmed. It is hard to say what makes on man choose one direction, while his brother a different direction... Nick Named: Bull.  Death Records list occupation as a Stone Mason.

Although the family lived in Tucker County, the births of three of the children, William Francis, John W. and Louisa O.J., are registered in Preston County...

* Side Note: General Richard Brooke Garnett (November 21, 1817 – July 3, 1863) was a career United States Army officer and a Confederate General in the American Civil War. He was killed during Pickett's Charge at the Battle of Gettysburg.

Children of George and Louisa from oldest to youngest: (Generation 6) 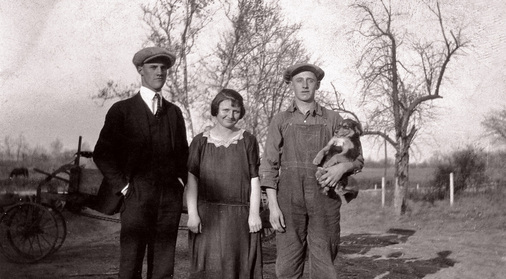 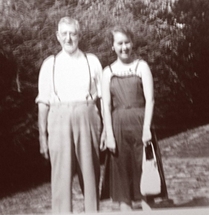 "Uncle Emery" with Mary Lou Shahan
There is a picture of Rev. G. Emory Shahan at age 100 on page 621 of "Alleghany  Passage: Churches and Families" by Emmert F. Bittinger, and the following biography:

"The family lived near Rowlesburg, West Virginia for many years be-fore moving near St. George in, Tucker County. There the family lived within the boundary of the Union Chapel (Bull Run) branch of the Shiloh Congregation.


"The eighth child of eighteen children, George Emory Shahan, manifested special talents and an early interest in religion. He began a vigorous study of the Bible while still in his teens, mastering  large portions to memory. His obituary states that he began preaching at the early age of fifteen, which would have been around 1879. The year after his marriage, in 1891  to Cora Jane Hovatter, he was ordained to the ministry. He was advanced as an  Elder in 1904 and there upon given charge of the Shiloh Congregation, a position he held until 1907." "He continued his labor for the Church at Union Chapel,  serving as one of the ministers of that branch until his transfer to the Grafton  Brethren Church which later became the Grace Brethren Church."

Emery retired in 1940 and moved to Clarksburg. "Most of his life was devoted to free ministry, supporting his family by farming and carpentry. Prior to moving to Tucker County, George Emery Shahan had accumulated a large tract of land, some of which was purchased for as little as $1.65 an acre. Most of the land was sold during the Great Depression, and sadly, little gain was realized." 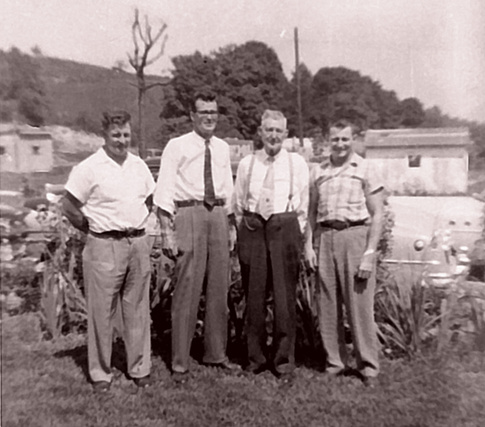 "Rev. Shahan was respected as a man of high moral character and a man of devotion. Emery and Cora Jane Hovatter-Shahan had fourteen children together. He left a strong impact on his family and those with whom his path, touched."

"A member of the National Fellowship of Brethren Ministers, Emery was the oldest member of that organization at the time of his death which was age 102 in 1966. He still occasionally preached in the last decade of his life."
Shahan-Magnificent 7